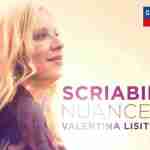 Valentina Lisitsa released an all-Scriabin album on Decca records titled “Scriabin – Nuances”.  I was drawn to purchase and review this album over about a dozen forthcoming solo piano albums released within the past month or so mainly because I was unfamiliar with much of the music on the album.  I have to admit, because of […]